Chlorella is a green single-celled freshwater alga, found to have many health benefits. Its benefits have long been acknowledged in the Far East, where it has been one of the most popular food supplements for nearly 30 years. However, it has only recently become available in the West. Chlorella measures about 2 to 10 µm in diameter, similar to human blood cells. It grows most rapidly in areas with plenty of sunlight, clean air and fresh water, and the biggest producers of Chlorella are in the Far East.

Spirulina is a microscopic blue-green alga, used all over the world as a popular natural food supplement. It flourishes in warm climates and alkaline water lakes, most notably in Chad, China, East Africa and South America.

Although Spirulina has a long history – algae were the first life form to exist on the earth 3.5 billion years ago and it was first discovered in Chad in the 9th Century – it only became commercially available at the beginning of the 1970s. It is currently growing in popularity in the West despite having been used for decades elsewhere in the world. 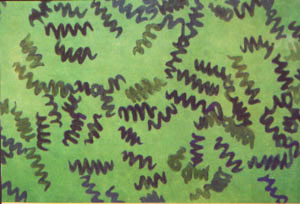 Chlorella provides a wide array of vitamins, minerals and amino acids, as well as being the highest-known source of chlorophyll. While these are all beneficial, the greatest value of chlorella lies in a fascinating ingredient called Chlorella Growth Factor.

Chlorella Growth Factor is a nucleotide-peptide complex derived from a warm water extract of chlorella. It is made mostly of nucleic acid derivatives. Researchers have discovered that CGF is produced during the intense photosynthesis that enables chlorella to grow so fast. Each cell multiplies into four new cells about every 20 hours, and CGF promotes this rapid rate of reproduction.

We all know nutrition plays a vital role in childrens’ health and development. A good diet can protect a child from everyday illnesses and even improve their mood. To build strong bones, and healthy tissue and muscle, and to avoid any long-term damage to their health, have a great need for nutrients such as calcium, iron, zinc, protein and vitamin B12. Spirulina satisfies your child’s nutritional needs by providing all these nutrients, as well as all the essential amino acids.